About the Bridge to Bridge

The Bridge to Bridge Water Ski Classic is Australia ‘s internationally renowned water ski race. Set amidst the backdrop of the picturesque scenery of the incredible Hawkesbury River, this event attracts competitors nationally and globally. The thrill of competing in the Bridge to Bridge Water Ski Classic is incomparable. It is a great adventure that commences at Dangar Island in Broken Bay and proceeds along the length of the Hawkesbury River finishing in the historic town of Windsor . Interstate and overseas competitors are amazed at the beauty and hospitality of the Hawkesbury region and in particular the township of Windsor, the renowned home of the Bridge to Bridge.

In 1961 a field of only 20 entries just 80 competitors participated in the inaugural Bridge to Bridge Water Ski Classic. Teams were a mix of the super competitive intermingled with the weekend skier who wanted to brag I conquered the Hawkesbury.’ Less than 20 years later over 300 boats (1200 competitors) raced up the Hawkesbury River. In 1984 the Bridge to Bridge entries record was set at 415 boats (1660 competitors). Now 50 years since a dedicated band of pioneers co-ordinated the first Bridge to Bridge, the challenge of this great race attracts a City to Surf mix of participants. Whether a regular ski racer or a once a year Bridge to Bridge competitor or a happy family enjoying a sport together- the goal is the same- to achieve a personal best time in the greatest ski race in the world. It requires commitment and careful planning to complete the112 kilometre course. There is no time to appreciate the beautiful meandering scenery as you negotiate the course in this challenging event. Everyone who as completed this fabulous race agrees that a feeling of euphoria envelops each competitor as he turns the final bend and is greeted by the cheers of the excited crowd of spectators awaiting each team’s arrival at Windsor Stadium, Governor Philip Park. On passing the finish buoy the first words that come to each competitor’s mind universally translate as I did it! 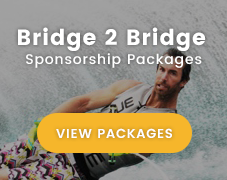 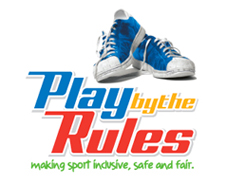 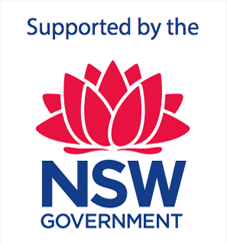